Africa Brass is going to have special guests on Saturday.

Luther Gray is a drumming legend who has created two major musical groups: Percussion Incorporated and Bamboula 2000, for which has twice won a Big Easy World Music Award. He is also credited with the founding of the Congo Square Foundation, which began in 1989, and leads a drum circle every Sunday afternoon in Congo Square.
Spy Boy Honey-  A good friend of Africa Brass Honey’s energy is contagious. He is an excellent vocalist/drummer, and a strong keeper of the Black Indian tradition, “Get Out day Way, Honeys comin.”
Anier Alonso del Valle- master conguero from Cuba has performed with Conjunto Folclorico Nacional de Cuba, we are blessed to have Anier as a member of Africa Brass.

Rick Trolsen- trombone, has performed with Bonerama, Neslort, Lina Prima, Dr. John, and is a great bandleader as well.

We are going to invite Gen. Honore to play a drum with us, and we hope to become members of his Green Army.

The Silent Auction is now officially live. Visit the Silent Auction’s website to bid on a wide array of items ranging from hotel rooms to Saints memorabilia to fine dining! Online bidding ends this Friday so make sure to get your bids in before then. Pictured above is a view from the Verandah Resort and Spa in Antigua! Bid in the Silent Auction to make this view yours!

Introducing Sunshine Daiquiris– solar-powered, eco-friendly daiquiris! Click above to support the New Orleans Earth Day Festival, the Louisiana Bucket Brigade, and alternative energy sources. You generous donation will help us keep the festival free and move the Louisiana Bucket Brigade closer to financial independence so we can keep fighting for clean air and healthy communities!

Win a free bike and learn about sustainability with our new Earth Day Bingo card!  The Bike Shop at 4711 Freret has generously donated a brand-new, beautiful blue cruiser from Big Shot Bikes.  This gorgeous bike is a lightweight cruiser with a low step-through frame and fat tires perfect for NOLA’s many infamous potholes.  Even better, it comes with two built-in wooden racks on back and front to attach a box or carry any oddly-shaped items!

Visit the Do Whatcha Wanna! Stage for additional entertainment at the fest, featuring local performing artists, musicians, demonstrations, and community presentations in an intimate setting. This year’s performances and demos include storytelling, spoken word, theatre, music, aikido, and more.  Check out the schedule here!

Join Captain Planet and the Green Army for a second line parade at Whole Foods’ Metairie location on Wednesday, April 16th at 5:30pm! 5% of all purchases made at that Whole Foods location on that day will go to the Louisiana Bucket Brigade. Make groceries, second line, support LABB, and gear up for Earth Day! We can’t wait to see you there!

Stop by the Do Whatcha Wanna! Stage to learn about bike maintenance and safety from the experts at Bike Easy! Biking is a fun, a great form of exercise, and most importantly a way to get around without help from Big Oil. Bike Easy will also have a booth at the fest, so make sure to visit them with all your biking questions!

Stop by our Silent Auction Tent to bid on 3 months of 24/7 gym access, 3 group training sessions per week for 3 months, and 1 fitness assessment every 30 days for 3 months courtesy of GymMatrix! Get in shape and support the Louisiana Bucket Brigade at the same time…it’s a win-win! 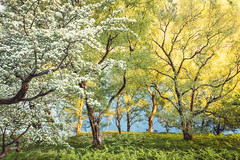